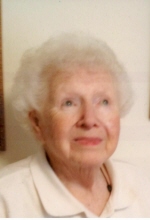 Eleanor Gavigan Curran passed away at her home with her family at her side on Christmas Eve, December, 24, 2013, she was 89. Born in West Haven on September 30, 1924 she was a daughter of the late Edward & Mary Dickinson Gavigan. Eleanor was also predeceased by her husband of 48 years Vincent Curran Sr. and brothers Edward, Milton & Robert Gavigan. She is survived by her children, Robert Curran of East Haven, Laura Curran of Northampton, MA & Father Vincent Curran Jr. of East Hartford; grandsons Jonathan & Kristopher Magnotti; sisters Mary Santillo of Wallingford & Betty O'Brien of East Haven; brother, Paul Gavigan of East Haven and many nieces & nephews. Eleanor was a bookkeeper, retired from Brescome Barton Co. prior to that she was employed for New Haven Railroad. Eleanor was a proud citizen of New Haven & Hamden areas. Growing up in the City Point area of New Haven she later moved to Knob Hill area of Hamden in the 1953. She became an involved citizen active in local politics and community affairs. She was an active communicant of Our Lady of Mt. Carmel Church for over fifty years and also assisted the church in numerous administrative capacities. Her son Vincent is a priest with the Archdiocese of Hartford who has recently served at St. Rita's Church in Hamden, Church of the Assumption in Woodbridge and St. Christopher's Parish in East Hartford. She made numerous friends at those churches and will be missed by many within and without the Catholic community. Eleanor was active in the Hamden Democratic Party for over 50 years and recently received an award from the Hamden Democratic Town Committee honoring her half-century of service. She was a grass roots worker who worked with the registrar of voter's office in Hamden to assist voter's enrollment and was a firm advocate of the responsibilities and rewards of local political involvement. Eleanor worked on the mayoral campaigns of all Democratic candidates since the 1960's and was a friend to many in the party. She also assisted on the state and federal levels and was active in those campaigns as well. She attended numerous state and national conventions. She leaves behind many cherished neighbors and friends who enriched her life with warmth and kindness. Her funeral will be from BEECHER & BENNETT FUNERAL HOME, 2300 Whitney Ave., Hamden at 10:15 AM on Monday, December 30th, followed by her Mass of Christian Burial to be celebrated at 11:00 AM in Our Lady of Mt. Carmel Church, Hamden. Friends may also visit with her family at the funeral home on Sunday. Dec. 29th from 3:30 PM to 7:00 PM. Interment will take place in St. Mary's Cemetery, Hamden. Memorial Contributions may be made to St. Christopher School, http://saintchristopherschool.org, 570 Brewer St, East Hartford, CT 06118.