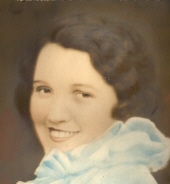 Eleanor M. Hahn, 94, of Hamden died Sunday, March 23, 2008. Wife of the late Raymond John Hahn, Sr., she is survived by a daughter Beverly Booze of Hamden and a son Raymond Hahn, Jr. and his wife Linda of Wallingford, two grandchildren Debra Gugliuzza and her husband Scott of Hamden, Lisa Pellitier and her husband James of Southington and two great-grandchildren Kaitlyn and Scott Gugliuzza. Also survived by her daughters-in-law Carol Staguuard Hahn and Georgianne Hahn. In addition to her husband, Mrs. Hahn was predeceased by a son Donald Hahn and a brother Richard MacKenzie. Daughter of the late Robert and Alice Ambrose MacKenzie, Mrs. Hahn was born on January 10, 1914. She was a loving mother and inspiration to everyone who knew her, and her family would like to sincerely thank the entire staff at Hamden Healthcare. Funeral Service Wed., March 26 at 11 am at BEECHER & BENNETT, 2300 WHITNEY AVE., HAMDEN. Friends may visit with the family prior to the service from 10 to 11 am. Interment in Beaverdale Memorial Park, New Haven. Memorial Contributions in her name can be made to Hamden Healthcare Center Recreation Fund, 1270 Sherman Lane, Hamden, CT 06514.