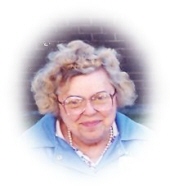 Meriden - Eleanor V. Geel, 86 wife of the late Norbert J. Geel passed away on Friday, May 8, 2009 at Miller Memorial Commmunity, Meriden. She was born June 16, 1922 in Atlanta, Georgia a daughter of the late George and Lillian (Mergerlin) Veith. She was a resident of Danbury for most of her life until moving to Meriden in 1995. Eleanor was secretary to the president of Western Conn. State University for more than 20 years until retiring. She was a member of St. James Episcopal Church in Danbury, a member of C.S.E.A., the Conn. State Employees Association and the Danbury Senior Center. Eleanor was a avid gardener. She is survived by a son, William E. Geel and his wife Barbara of Meriden and three grandchildren and their families, Jennifer Lane and husband John of Wallingford and their children Brooke and Brenna, Sean Geel and wife Jennifer of Southington and their children Shamus and Cullan and Brian Geel and wife Tiera of Bristol and their son Aidan. She also leaves a niece Nancy Geel Jordan of Maryland. She was predeceased by a sister, Dorothy Veith. Funeral service Wednesday, May 13 at 10:00 a.m. at the Beecher & Bennett-Flatow Funeral Home, 48 Cook Ave., Meriden. Burial will follow at Wooster Cemetery, 20 Ellsworth Ave., Danbury, CT. The Rev. Robert Stocksdale will officiate. Relatives and friends may call at the funeral home on Wednesday from 9-10am, prior to the service. In lieu of flowers contributions may be made to Miller Memorial Community, 360 Broad St., Meriden, CT 06450 or to CT. VNA Hospice, 33 N. Plains Industrial Rd., Wallingford, CT 06492.