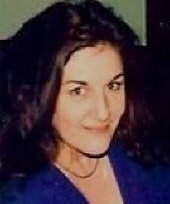 SAARS, ELIZABETH NARGI Elizabeth Nargi Saars, 64, died in her sleep Jan. 15, 2010. She leaves her loving daughter Lorina Saars and caring friends Steve and Mick. Several grandchildren, cousins, nieces and nephews also survive her. She was predeceased by her son Frank D. Saars and her dear sister Genevieve Maselli Abate. Elizabeth was born on August 21, 1945 in New Haven to the late Bernard and Helen Zembruski Nargi. She had been a store manager for Rite Aid for 5 years. She suffered the loss of her son, then was stricken with a rare disease (Wegener's Granulomatosis) causing her kidney failure. For the last 6 years, she was a dialysis patient but was never able to gain traction to become her former self. Her only daughter became her life. She was going to relocate to Maine with her daughter the very week that her life ended, short of her dream of living in a tranquil environment. She is at peace now and will live in her daughter's life, who will miss her to no end. Friends may visit with the family Wednesday, January 27, 2010 from 10 - 11:00 AM at BEECHER & BENNETT-TAYLOR FUNERAL HOME, 410 Campbell Ave., West Haven. A memorial service will follow in the funeral home at 11:00 AM.