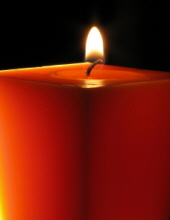 Elizabeth (Betty) Trella, 94, passed away on October 1, 2019 at The Bradley Home. She was the wife of the late Stanley Trella. Betty was born in Meriden on March 29, 1925, daughter of the late Glen and Mildred Whiting Long. She is survived by her daughter Meredith Trella Flippen; granddaughters Melissa Flippen, Cammie Flippen Epstein, Shelby Flippen, and Melanie Flippen; and great-grandson Zeke Epstein. Betty is also survived by her daughter Linda Dwyer; grandchildren Robin Jones, and Mark Morrissey; and great-grandchildren Lyndsey Jones, and Hunter Jones. Relatives and friends are invited to a memorial service celebrating Betty's life on Monday, October 7th at 10:30 a.m. at The Bradley Home, 320 Colony St., Meriden. Burial will be private. Beecher & Bennett-Flatow Funeral Home is assisting with the arrangements. In lieu of flowers, memorial donations may be made to the Meriden Public Library, 105 Miller St., Meriden, CT 06450.