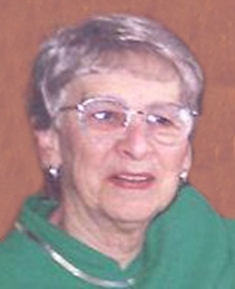 Born in: Hastings on Hudson, NY
Resided in: Meriden, CT

Elizabeth D. DuBois, 97, a life-long Meriden resident and loving wife of 60 precious years to the late Leon DuBois, passed away on July 22, 2020 at Coccomo Healthcare, Meriden. She was born in Hastings on the Hudson, NY on July 23, 1922, a daughter of the late Lynn and Sadie (Peck) Webber. She graduated from Meriden High School in 1940, and then went on to graduate from one of the first Nurse’s Aide classes under the direction of Mrs. H. Freeman Pennington at Meriden Hospital in 1942. She then went on to work for Harry Israel’s Inc. in Meriden for 34 years until her retirement. In her free time she was an active member of the Meriden Humane Society where she was instrumental, along with the late Harold Dorschied, in securing the animal shelter on Coe Ave. from then-Mayor Walter Evilia. Elizabeth leaves her loving daughter Karen Bednarz of Meriden, three grandchildren; Janet Zielke of Berlin, Bruce Bednarz of Newington, and Eric Lawson of Minnesota, two great-granddaughters; Melody Zielke and Sydney Bednarz, and sisters; Jean Rynaski and Louise Joyce, both of Meriden. She was predeceased by her daughter Judith Lawson and sisters; Ellen Carabetta, Nancy Caruso and Carol Fitzgerald.
A funeral service celebrating Elizabeth’s life will be held on Monday, July 27 at 10 a.m. in St. John Lutheran Church, 520 Paddock Ave., Meriden. Friends are invited to meet directly at church. Interment will follow in Gethsemane Cemetery. Arrangements in care of Beecher & Bennett-Flatow Funeral Home, Meriden. Memorial contributions in Elizabeth’s memory may be made to the Rabe Fund at St. John Lutheran Church, 520 Paddock Ave., Meriden, CT 06450, or to the Connecticut Children’s Medical Center Foundation, 282 Washington St., Hartford, CT 06106.