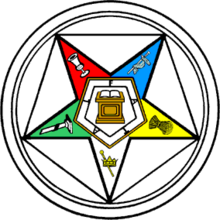 Elizabeth “Betty” Mayer Willard, age 90, passed away February 15, 2021. Born in Escanaba, Michigan on September 16, 1930, she was a daughter of the late Walter & Ruth Mayer. Betty was a resident of New Haven most of her life and was a courier for the former Simkins Company. Betty was a 68 year member of Alice Chapter #76 – Order of the Eastern Star. She is survived by her husband, Edward T. “Ned” Willard, Jr., and her daughter, Emily L. Willard, both of New Haven. Betty was predeceased by her sister Margaret Evans, and her brother John Mayer.
Friends may attend her Prayer Service on Tuesday, February 23 at 10:30 a.m. at BEECHER & BENNETT FUNERAL HOME, 2300 Whitney Ave., Hamden. Burial will follow in Beaverdale Memorial Park.