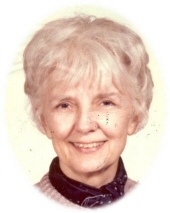 Ellen H. Graham died from Alzheimer's disease on November 21, 2006 at Whitney Center, Hamden, Connecticut, at age 85. She was born in Oxford, Mississippi, youngest of 3 children of Arthur Palmer and Grace Hudson. As a child her family moved to Chapel Hill, North Carolina, where she graduated high school as valedictorian, majored in French at the University of North Carolina, and met her first husband and father of her children. In 1951 she and her young family moved to Gainesville, Florida, a place of many memories. They spent the 1955-56 academic year in Copenhagen and touring abroad. In 1961 the family moved to Madison, Wisconsin. When her children reached high school she began to work at the University of Wisconsin Press as a freelance copy editor, and advanced to a full time editorial position. In 1969 she moved to New Haven to join the Yale University Press, advancing to senior acquisitions editor in literary criticism and anthropology by the time of her retirement in 1991. She took pride in the many books whose publication she encouraged and enabled, including "Sexual Personae" (Paglia), "The Madwoman in the Attic" (Gilbert/Gubar), "Mary Chesnut's War" (Woodward), "French in Action" (Capretz), "The Children of Pride" (Myers), "Holocaust Memories" (Langer), "Faust" (trans. Martin Greenberg, who commented, "Ellen Graham of Yale University Press again provided the kind of editorial support I used to think one could expect from editors only in heaven.") She is survived by her two deeply loved children, Liz Vowles of Madison, Wisconsin, and Richard Vowles, married to Christine, of Washington state; her two ex-husbands, Richard B. Vowles (emeritus professor, UW Madison) and Charles Graham; and her sister's children. She was preceded in death by her parents and her siblings, William Hudson and Louise (Foster, Coleman); a dear friend and traveling companion, Fred Cassidy; an admired and loved son-in-law, Lloyd Mueller; and a number of cats and small dogs. Ellen Graham was a lovely, gracious, intelligent lady, and a person of firm resolve. She valued and cultivated her friendships. She took special delight in reading, with friends, to Fred Clark, as his eyesight failed but his love of words did not. A (gentle) stickler for the correct use of words, she knew how to use "lie" and "lay" and probably never once said "hopefully." She read voraciously, enjoyed regular games of bridge, and later in life became an avid Mets fan. She never missed an election, always voting Democratic. We remember her with love and admiration. Special thanks go to the nursing staff at Whitney Health Center for their 3 years of devoted care. A memorial celebration will be held at a later date at Whitney Center. Arrangements in care of BEECHER & BENNETT, 2300 Whitney Ave., Hamden.