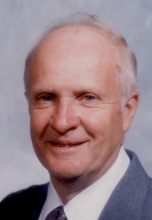 Elmer Francis Manley, 81, of Orange, passed away with his family by his side on Sunday, December 6, 2015. He was the loving husband of 58 years to Pauline Stailing Manley. Elmer was born in New Haven on October 11, 1934 to the late Elmer and Margaret Haase Manley. He is survived by his daughter Suzane Ritch (Wayne) of Brattleboro VT, sons Greg (Sherri) of Milford, Gene (Dinah) of Malone, NY, and Dean (Kathi) of Stratford. Brothers; David (Elsie) of Derby, Richard (Donna) and Harold Manley of Orange. Also survived by 7 grandchildren and 7 great-grandchildren. After high school and trade college, Elmer became a building contractor and was self-employed until his retirement. He was very involved in the Orange Community serving as a volunteer firefighter, and on the Building Board of Appeals for over 30 years among many other town committees. Elmer was also proud to be very active in many fraternal organizations such as Masonic Lodge #143 in Orange, where he was past Master in 1977, Associate Grand Marshall 1984-86, Grand Lodge Lecturer from 2005-07, member of the Degree Team, Duses Society, and Scholarship Chairman for many years. He was also President of the Blue Lodge Council in 1978. Friends may visit with Elmer's family on Thursday December 10, 2015 from 4-8 pm in the BEECHER & BENNETT-TAYLOR FUNERAL HOME, 410 Campbell Ave., West Haven. A Masonic Service will be held at 7 pm. Friends are invited to MEET DIRECTLY AT CHURCH on Friday, December 11 at 11 am at The Church of the Good Shepherd, 680 Racebrook Rd., Orange. Burial to follow in Orange Center Cemetery. In lieu of flowers donations in Elmer's memory may be made to The Masonic Charity Foundation P.O. Box 70, Wallingford CT 06492, or to The Church of the Good Shepherd Memorial Fund, 680 Racebrook Rd., Orange 06477.