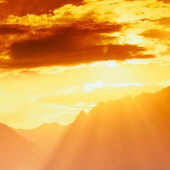 Elsie Fenton Spargo Hedges, 94, passed away on August 9, 2013 at Valley Cares Assisted Living in Townshend, VT. She was the wife of the late S. Lawrence Hedges who passed away in 1979 and the former wife of Donald A. Spargo. Elsie was born in Jersey City, NJ on December 13, 1918 to the late Robert C. and Mary Sonntag Fenton. A graduate of West Haven High School class of '36 she went on to attend McKeowan Business School. She worked for Travelers in New Haven, the Housing Authority of Stamford, and was a realtor with The First Woodbridge Corporation of Woodbridge attaining the position of Vice President. She lived in Hamden for 35 years before relocating to Townshend, VT in 2008. Elsie was accomplished at playing the piano and organ, playing mostly 'by ear.' She loved drawing, braiding rugs, and sewing clothes for her daughters. Elsie is survived by her two daughters, Nancy S. Smith (Rev. Sheldon) of Monroe and Karen S. Hunt (Dennis) of Athens, VT; four grandchildren, Jennifer H. Muller (Frank), Matthew Hunt (Cathi), Anson Smith (Corryn), and Aaron Smith (Paige); Five great-grandchildren, Aubrey, Kylie, Leah, Lilly and Mary. Besides her parents and husband, she is predeceased by her brothers, William and Robert Fenton. Friends may visit with her family on Thursday, August 15th from 10 to 11:00 a.m. at BEECHER & BENNETT, 2300 Whitney Ave, Hamden. Her Funeral Service will be celebrated at 11:00 a.m. at the funeral home followed by interment in Centerville Cemetery. In lieu of flowers, donations in Elsie's memory may be sent to Valley Cares, Inc., P.O. Box 341, Townshend, VT 05353.