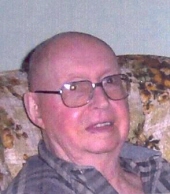 Emerson Nye Ludington, 90, of West Haven, husband of the late Margaret Dow Ludington, passed away July 3, 2005 at the Hospital of St. Raphael. He is survived by a daughter, Katherine L. Warton of Livermore, CA, five grandchildren, two nephews and his very dear friend, Katherine Held of West Haven. Besides his wife he was predeceased by a daughter, Margaret Bilyard and a sister, Elizabeth (Bette) L. Kahler. Emerson was born in New Haven, Feb. 8, 1915 son of the late Everett C. and Frances M. Nye Ludington and was a graduate of West Haven High School class of 1933, graduated from Wabash College in Indiana in 1938 with a degree in chemistry and mathematics. While in college he was a member of Lambda Chi Alpha Fraternity. He worked for the former Bridgeport Brass Co. for 29 years where he had been Director of Research and Chief Process Metallurgist and retired in 1979. He was a life member of ASM, past chairman of the Connecticut Chapter of the American Society of Metallurgical Engineers, a former member of the American Society for Quality Control and had been a consultant of two advisory committees to the International Copper Research Association, a member of Annawon Lodge #115 A.F. & A.M. and was a lifelong member of the First Congregational Church of West Haven. He had a number of technical articles published and had been issued a patent. Funeral service Friday, July 8 at 11 a.m. at BEECHER & BENNETT TAYLOR FUNERAL HOME, 410 Campbell Ave., West Haven, followed by Masonic service by Annawon Lodge at 11:30 a.m. Friends may call Friday from 10 - 11 a.m. Ineterment in Beaverdale Memorial Park. Contributions may be made to the charity of one's choice.