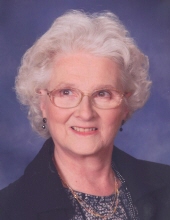 Emily W. Belanger of Middletown, wife of the late Regis A. Belanger, died on February 21, 2019 at Pilgrim Manor after a brief illness. Born in Meriden on June 21, 1940, she was the daughter of the late Emily Worthington and Thomas Jones, Sr. She resided in Meriden for most of her life until moving to Middletown in September 2017, was a longtime active member of South Meriden Trinity United Methodist Church, and graduated from Meriden High School in 1958. She is beloved by her three daughters and their husbands: Diana Carroll and her late husband David of No. Miami Beach, FL, Lee Ann and Fred Rousseau of Southington, and Lorraine and Daniel Bassett of Middletown; seven grandchildren: Troy Rousseau, Aaron, Mendel, Golda, Yosef, Shalom, and Yisroel Carroll; her brother Thomas Jones and his late wife Elizabeth; nephew Scott Jones and his wife Rebekah; and cousin Doreen Donahue and her husband James. A special mention to Bruce and Darlene Belanger and Faye Belanger for all of their love and support through the years. Emily graduated from Meriden Hospital School of Nursing in 1961 and worked at the Meriden/Wallingford Hospital, and in 1999 retired from the Miller Memorial Community. She loved photography, card making, and compiling the history of her church and the city of Meriden. For the past 20 years, she had volunteered at the Meriden Soup Kitchen. She also loved cats, and leaves behind her beloved Nicodemus. A Memorial Service celebrating Emily's life will be held on Saturday, March 2 at 11:00 a.m. at the South Meriden Trinity United Methodist Church, 145 Main St., South Meriden.