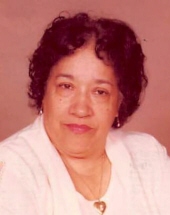 Emma Deis, age 95, of West Haven, passed away on April 3, 2017. She was born in New Bedford, MA on August 2, 1922 to the late Carlos and Autilia Carvhalo Barros. She is survived by her daughters Loretta Jackson (Birl), Jacqueline Gray (Cary), and Sheila Jeffress (James), her sons Carlos Deis (Josselin), Michael Deis (Rosa), and Kevin Boykin, her sisters Theresa Martin, Cecilia Barros and Alda Ratcliff, and brothers Carlos, Aguinaldo and Johnny Barros. She is also survived by 22 grandchildren, 17 great-grandchildren, and many nieces and nephews. Emma is predeceased by her husband Joaquin Deis, her son Eugene Boykin, special friend Eugene Boykin, and 3 siblings. Viewing will be held on Friday April 7, 2017 from 10-11am in the BEECHER & BENNETT-TAYLOR FUNERAL HOME, 410 Campbell Ave. West Haven. A service celebrating her life will be held in the funeral home at 11am.