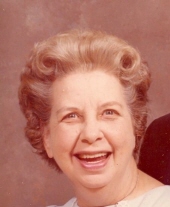 MERIDEN - Emma Lillian Bischofsberger, 89, of 39 Empire Avenue died Tuesday, Oct. 3, 2006 at Westfield Care & Rehab Center. She was the wife of the late Charles Bischofsberger. Born in Great Neck, North Hempsted, NY on Feb. 19, 1917, she was the daughter of the late Arthur and Mary Fisher Dannenfelser, Sr. She was a member of South Meriden Trinity United Methodist Church, where she taught Sunday School and was a member of the United Methodist Women, and resided in Merden for the last 52 years. She is survived by a daughter and son-in-law, Mary and George Dow of Meriden; three grandchildren and their spouses, Charles and Denise Dow of Hamden, John and Christine Dow of Wallingford and David Dow of Wallingford; three great-grandchildren, Charles Dow and Matthew Dow, both of Hamden and Zachary Dow of Wallingford; and several nieces and nephews. She was predeceased by two sisters, Hazel DellaVecchia and Marion Biegel and a brother, Arthur "Bub" Dannenfelser. The funeral will be held Friday, Oct. 6, at 11 a.m. at South Meriden Trinity United Methodist Church. The Rev. Susan DeSousa will officiate. Burial will follow in Walnut Grove Cemetery. Relatves and friends may call at the Beecher and Bennett Flatow Funeral Home, 48 Cook Ave., Meriden on Thursday from 4 to 8 p.m. If desired, contributions in Mrs. Bischofsberger's memory may be made to the South Meriden Trinity United Methodist Church, 145 Main St., South Meriden, CT 06451.