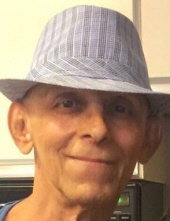 Enrique 'Rico' Rivera, 61, of Meriden, loving husband to Madeline Rivera, passed away on June 6, 2019 at Midstate Medical Center, Meriden. He was born in Hatillo, Puerto Rico on July 11, 1957 to the late Antonio Rivera and Agripina Rosado. Along with his wife Madeline, Rico is survived by his siblings Gloria Gomez, Israel and Carmen Rivera, Ana Alfonso, Blanca Muriel, Matilde Candelario and Jose Rivera. He is also survived by many nieces, nephews, and extended family. After high school Rico went on to honorably serve in the United States Navy. Rico had an enormous heart for his nieces and nephews. They all bonded with him and returned his love. He was a giving person. He had little, but would give from what little he had without expecting anything in return. He was loved by all fortunate enough to know him. He will be greatly missed. Services are to be privately held at the convenience of Rico's family