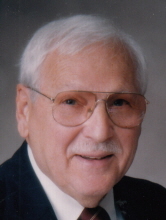 Enzo Rudolph Montesi, age 85, of Hamden, passed away on February 26, 2013 at his home surrounded by his family. Enzo was born in New Haven on May 2, 1927 to the late Olympio and Bruna Antonetti Montesi. Enzo is survived by his wife of 61 years, Irene Wynne Montesi; his son Gary E. Montesi and his wife Lisa of Guilford; his daughters Claudia M. Cruz of Wallingford and Gail M. Siclari and her husband John of Madison. He is further survived by his grandchildren, Michael M. Cruz and his wife Laura of Orange, Mark S. Cruz of North Haven, Christopher L. and Olivia L. Montesi of Guilford and his great grandson Evan W. Cruz of Orange and his former son in-law, Arthur M. Cruz. He is also survived by his sister Norma Bernacchia of North Haven, his brother Edward Montesi and his wife Rosemarie of Wallingford and his brother Ricardo Montesi of Hamden. He was predeceased by his sister in-law Marlene Montesi & his brother in-law Nullo Bernacchia. Enzo was a member of the United States Marine Corp. and a World War II Veteran. He was a graduate of the first class of Fairfield University. He was the owner and president of Montesi Volkswagen of North Haven, founding the company in 1964. He was a member of the Greater New Haven Automobile Dealers Association, the Amity Club, past president of the Marchigiana Society and a member of the Board of Directors of the former American National Bank. Enzo was a philanthropic person in particular with generous donations to the former Newington Children's Hospital, the Amity Charitable Trust Scholarship Fund and a major benefactor to St. Raphael's Hospital. His funeral will leave from BEECHER & BENNETT FUNERAL HOME, 2300 Whitney Ave, Hamden on Saturday at 9:00 a.m. followed by his Mass of Christian Burial at 10:00 a.m. in St Rita Church, 1620 Whitney Ave, Hamden. Friends may also visit with his family on Friday from 4:00 to 8:00 p.m. at the funeral home. Interment with Military Honors will take place in Beaverdale Memorial Park Mausoleum in New Haven. Contributions in Enzo's memory may be sent to CT Hospice Inc, 100 Double Beach Road, Branford, CT 06405. To send a condolence in his memory please see: www.beecherandbennett.com