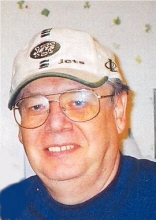 Meriden- Eric John Idec, 68, passed away suddenly at his home on May 11, 2011. He was born November 3, 1942 in Linden, NJ, a son of William Idec and the late Martha (DeHanes) Idec. He attended Pratt Institute of New York, NY where he earned a bachelor's degree in 1964 for industrial design and earned his master's degree in business administration at the University of New Haven. He worked for Eyelet Specialty Corporation as the director of marketing services and in 1974-1975 was an advisor to the award winning Modern Products Junior Achievement Company sponsored by Eyelet. Eric was a member of the Professional Industrial Designer's Society and held several design patents registered with the U.S. Patent office. He retired from the Risdon Corporation in 2008. Eric proudly served his country in the U.S. Army during the Vietnam War and earned a Bronze Star for outstanding meritorious service as an executive officer of the 213th Signal Detachment. He ended his military career as a Lt. Colonel. He was very proud to have served his country to the absolute best of his abilities. He loved cars, the shoreline, and especially his wonderful friends and neighbors. He was an excellent jazz pianist. He is survived by his father, William Idec of Cary, NC, an adoring daughter, Holly A. Idec of Springfield, IL, two sisters, Maxine Eswein of Cary, NC and Diane Chambers of Livermore, CA, as well as several nieces and nephews. Funeral services were be held on Monday, May 23, 2011 at the Beecher & Bennett-Flatow Funeral Home, 48 Cook Ave., Meriden. Burial with full military honors in Arlington National Cemetery will be at a later date. Contributions in Eric's memory may be made to Disabled American Veterans, 80 Hall Ave., Meriden, CT 06450.