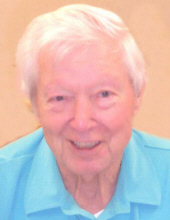 Ernest H. Adduci, 92, life long resident of Meriden, passed away peacefully on Friday, September 6, 2019 at the Connecticut Baptist Home. He was the beloved husband of June Horn Adduci. Born in Waterbury on April 3, 1927 to the late Raymond Adduci and Agnes Burke Guest. Ernest proudly served in the US Navy during WWII and the Korean War. Prior to his retirement he had been employed by Revere Corporation of Wallingford. Besides his wife, Ernest is survived by his son, Ernest and his wife Andrea; his daughter, Deborah Lord; his grandchildren, Jason Adduci and his wife Christine, Michael Adduci, Melissa Lord, and Andrew Lord; great granddaughters, Madelyn and Emily Adduci; sister-in-law, Anne Adduci and many nieces and nephews. He was predeceased by his infant son, Dennis; brothers, John, Raymond, and Arthur; sisters, Agnes Ricciardi and Catherine Dumas and son-in-law, Gary Lord. The family would like to thank the wonderful staff at the Connecticut Baptist Home for their special care and kindness. Friends are invited to visit with his family on Tuesday, September 10th from 9:30 to 11:30 a.m. at BEECHER & BENNETT-FLATOW FUNERAL HOME, 48 Cook Ave, Meriden. His Funeral Service will take place in the funeral home at 11:30 a.m. followed by his interment with Military Honors in Walnut Grove Cemetery. Contributions in Ernest's memory may be made to the Connecticut Baptist Home, Recreation Fund, 292 Thorpe Ave, Meriden, CT 06450.