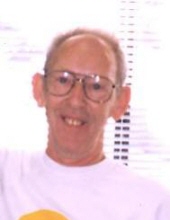 Ernest N. Schaper, 85, passed away peacefully at his home on August 20, 2018. He was the beloved husband of the late Shirley Lane Schaper. Born in State Center, Iowa on July 10, 1933, Ernie was the son of the late Vernon and Gertrude Miller Schaper. He grew up on the farm in Iowa before becoming a Merchant Marine and later joining the United States Coast Guard, serving in the Korean War. Ernie was a Mason as well as a member of the Meriden Turner Society. Ernie is survived by his sons Mark E. Schaper and his wife Nadia of Charlestown, SC, and Eric L. Schaper and his wife Kathryn of San Angelo, TX; grandchildren Alicia Shackett, Veronica Lehamn, Zack Sheppard, Rebecca Sheppard, and Jessica Forsyth; brothers Martin R. Schaper and his wife Katherine of Fairview, TN, and Byron Schaper and his wife Linda Morassini Schaper of State Center, Iowa. Relatives and friends are invited to visit with Ernie's family on Friday, August 24, 2018 from 9:00 to 11:00AM at Beecher and Bennett-Flatow Funeral Home, 48 Cook Ave., Meriden. His funeral service will be conducted in the funeral home at 11:00AM. Burial will follow in Walnut Grove Cemetery. To share a condolence with Ernie's family, please visit www.beecherandbennett.com.