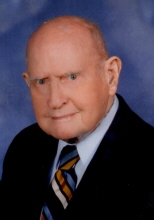 Commander Ernest Robert 'Pete' Peterson (Ret. USN), 99, of Cheshire, formerly of Hamden, husband of the late Eleanor Rhodes, passed away on April 14, 2016 at Elim Park. He was born in Iowa to the late Per Theodore and Anna Lofstedt Peterson. He leaves his loving son Charles (Chuck) and his wife Colleen of West Hartford, and granddaughter Kirsten Peterson, and his niece Jean Marie Peterson of Iowa. He is predeceased by his first wife, Betty Sohlstrom, his brothers Elmer Davis and Okay Peterson, and his sister Clara Peterson. After graduating from the U.S. Naval Academy Ernest faithfully served as Commander on several ships in the U.S. Navy for 24 years, retiring in 1959 as Associate Professor of Naval Science at Yale University. He then went on to earn a Master's Degree from Fairfield University and began a second career teaching mathematics at Hopkins School in New Haven for 23 years, retiring in 1982. Pete then went on to volunteer his time at the Yale-Peabody Museum. He was also a long time member of Spring Glen Church in Hamden, the U.S. Naval Academy Alumni Association, Retired Officers Association, the Peabody Museum Associates, the Sleeping Giant Park Association, and New Haven Bird Club. While living at Elim Park, he continued to volunteer in a variety of capacities. Friends are invited to attend a Memorial Service celebrating Pete's life on Friday, May 13, 2016 at Elim Park Baptist Home, Cheshire at 10:30 a.m. Private burial will take place at a later date in Lancaster, New Hampshire. In lieu of flowers, donations in his memory may be made to the Spring Glen Church Memorial Fund, 1825 Whitney Ave. Hamden, CT 06517, or to Hopkins School, 986 Forest Rd. New Haven, CT 06515, or to Elim Park Baptist Home, 140 Cook Hill Rd. Cheshire, CT 06410.