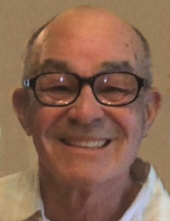 Ernesto 'Nesto' Hernandez, 79, of Meriden, loving husband of 58 years to Angelita Muniz Hernandez, passed away on February 19, 2019 at Midstate Medical Center. He was born in Aguada, Puerto Rico on June 10, 1939 to the late Francisco and Maria Perez Hernandez. Along with his wife, he is survived by his daughter Maritza Rivera, son Ernest 'Tito' Hernandez and his wife Jeannette, his grandchildren Jaleesa (Matthew Jones) Hernandez, Kevin and Brandon Hernandez, and Angelica Rivera. He also leaves his brothers Jose and Sergio Hernandez, and sisters Zaida Mejias, Ofelia Rodriguez, and Carmen Perez. He is predeceased by his brother Luis Hernandez. Ernesto worked as a machinist for Atlas Aero Corporation in Meriden for many years until his retirement. In his free time he was always a dependable handyman for his many friends and family. He will be truly missed by all who knew him, especially his granddogs Max, Ruby, Jet, Ranger, and Charlie. His family would like to extend their heartfelt thanks to the Critical Care Unit at Midstate Medical Center in Meriden. Friends are invited to visit with Ernesto's family on Friday, February 22 from 9am-12pm at the Beecher & Bennett-Flatow Funeral Home, Meriden. A Mass of Christian Burial will follow at 1pm in St. Rose of Lima Church. Interment will be held privately at a later date at the convenience of his family. Memorial contributions in Ernesto's name may be made to the American Cancer Society, P.O. Box 22478 Oklahoma City, OK 73123.