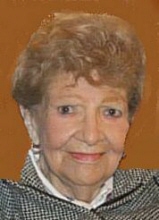 Esther C. Moore-Saiano, 92, of Hamden, wife of the late Gennaro B. Saiano, passed away on May 4, 2014 at YNHH. Born in New Haven on October 7, 1921, she was a daughter of the late George and Clara Anderson Card. Esther is survived by her children, Gail Morrone of East Haven, Georgia Lee Vallie of Branford and Jack Moore and his wife Sue of East Haven, sister, Georgia Rascati of Hamden, seven grandchildren and eleven great-grandchildren. She was predeceased by her sister, Teckla Stout. A graduate of Hillhouse High School Class of '39, Esther had a long career as bookkeeper for a number of New Haven area businesses. Funeral Service will be private. Arrangements are in care of BEECHER & BENNETT, 2300 Whitney Ave, Hamden .