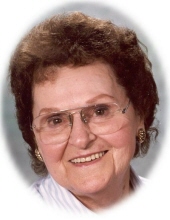 Esther Vivian Beckert, 88, of 8 Lebanon Road, Bethany passed from this life on March 10, 2008. Esther was predeceased by her loving husband, Rudolph W. Beckert, in April 1968. She was born on April 9, 1919 and was the devoted mother of three sons, Rudolph in Bethany, Connecticut, Malcolm in Tucson, Arizona and Alan in Tulsa Oklahoma. She was a loving inspiration for 12 grandchildren and 13 great grandchildren. Esther leaves one surviving sister in Florida, Elizabeth Hauser, and is predeceased by brothers George Barbash, Robert Barbash, Michael Barbash, Boris Barbash and sister Julia Juhas. She is also survived by many loving and caring nieces and nephews. Esther worked during her early career as a clerk for the Grant Department Store and has been retired since 1968. She had developed many long-lasting friendships over the ensuing years and volunteered assistance and comfort to many who were homebound and in need. She spent her most recent months in the assisted living care of Elim Park Baptist home Funeral arrangements are with BEECHER & BENNETT, 2300 Whitney Avenue, Hamden. The Reverend Louise Higginbotham, Interim Pastor at the First Church of Christ, Congregational in Bethany will officiate. Calling hours will be held on Friday, March 14, 2008 from 4:00 PM until 8:00 PM. A funeral service will be held at Beecher & Bennett, 10:00 AM on Saturday, March 15, 2008 with interment at Beaverdale Memorial Park in Hamden.