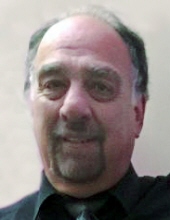 Eugene 'Gene' D'Ambrose, age 72, of Hamden passed away at his home on February 17, 2020. Born in New Haven on November 14, 1947, he was a son of the late Eugene and Josephine (Chirico) D'Ambrose, Sr. Gene is survived by his wife Patricia (DeMarco) D'Ambrose; children, Karen (Michael) Bogrette of Hamden, Robert (Tina) Romandetti of Hamden, and Stephanie and Melissa D'Ambrose; grandchildren, Tyler Bogrette, Gianna Romandetti and Marco Conte; brother, Joseph D'Ambrose of CA; and his sister, Maria Schroder of FL. Gene was a resident of Hamden all his life. He was a U.S. Marine Veteran, serving in Vietnam from 1966 to 1970. Gene was a teacher employed by the State of Connecticut. He taught for many years at the Eli Whitney Technical High School before his retirement. Gene was an avid car enthusiast, often buying and selling, but mainly collecting. He was a member of the Connecticut Chevy Club, the Hamden Masons, the Pyramid Shriners #9 in Stratford and the Carpenters Local #24. Gene leaves a host of friends and will be missed by many. Friends may visit with his family on Wednesday from 5:00 to 8:00 p.m. at BEECHER & BENNETT FUNERAL HOME, 2300 Whitney Ave., Hamden, and may attend his Funeral Service on Thursday at 10:00 a.m. in the funeral home. His interment with Military Honors will follow in All Saints Cemetery, North Haven. Contributions in Gene's memory may be made to a charity of one's choice.