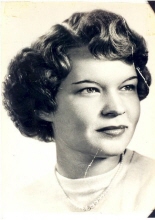 Meriden - Eva Louise Haller, 75, of Meriden, CT formerly of Mount Carmel, was called home to the Lord on January 18, 2009. She was the wife of the late Russell E. Haller Sr. Born in 1933 she was the daughter of the late Lillian and John Sprague of Rhode Island. Louise worked for many years at various jobs in the New Haven area before retiring. He had a great love of nature as shown by the many awards she received for her raising of African Violet plants. Louise will be greatly missed by her family and many friends. Louise is survived by her children, Patricia A. Crane-Kay and her husband Sam of Meriden, Patricia's twin brother Peter J. Haller of Las Vegas and a son Russell Haller Jr. of Meriden, a brother George and his wife Dottie Sprague of Killingworth, four grandaughters and one great-grandaughter as well as her beloved feline companion, Baby. A Memorial service will be held on Friday(TODAY), January 23 from 7-9pm at the Beecher & Bennett-Flatow Funeral Home, 48 Cook Ave., Meriden. Burial will be at the convenience of the family. In lieu of flowers donations in Eva's memory may be made to the Meriden Humane Society, 311 Murdock Ave., Meriden, CT 06450. To send a condolence please see obituary at www.beecherandbennett.com.