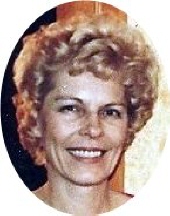 On June 17, 2008, Gina Willis beloved wife of Leroy Willis of Kennedy Dr., Orange, passed away quietly at Yale New Haven Hospital after a long illness. Our beloved Gina was born in New Haven to Eugene and Pauline Wolyniec. She leaves behind her husband of 55 years, Leroy David Willis, her mother Pauline Wolyniec, her daughter Debbie Willis Schroeder and the light of her life, grandaughter Colleen Schroeder. She also leaves her sister Elizabeth Chomiak and brother-in-law Robert Chomiak, Sr., all of whom are from Orange and several nieces, nephews and great- nieces and nephews. Gina was predeceased by her son Wayne Willis and her brother Gene Wolyniec. Gina was employed for 32 years at the National Marine Fishery Services in Milford. In her earlier years, Gina was an avid bowler and ranked as one of the top female bowlers in the State of CT. Afterwards, her favorite pastime was bridge. She was a member of the American Contract Bridge Assoc. and had reached the level of Life Master. Gina was the best wife, mother, sister, grandmother and friend anyone could have, always willing to lend a hand and helping whenever needed. She will be forever in all our hearts and never forgotten. Funeral service Saturday, June 21 at 10 a.m. at BEECHER & BENNETT-TAYLOR FUNERAL HOME, 410 CAMPBELL AVE., WEST HAVEN. Interment in Orange Center Cemetery. Friends may visit with the family Friday from 5-8 PM. Memorial contributions in Evelyn's memory may be made to the American Cancer Society, 538 Preston Ave., PO Box 1004, Meriden, CT 06450.