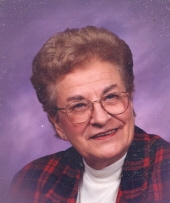 MERIDEN - Evelyn J. (Westfort) Rice, 80, of 96 Baldwin Street, died Wednesday, Nov. 2l, 2007 at MidState Medical Center, Meriden, CT. She was the beloved wife of the late William Sears Rice, former owner and president of Rosamond Miller Shoes of Meriden. She was born in Meriden August 28 1927, daughter of the late Edward and Emily (Fohlin) Westfort. She was a graduate of Meriden High School, Class of 1945, where she was voted Most Athletic. She was an accomplished horsewoman, diver, archer, hunter, fisherman, waterskier and basketball player to name a few sports in which she excelled. The late Frank Corkin, Jr., a sports writer for the newspaper wrote that Evelyn 'is a real Annie Oakley on the court, the playmaker of the team who controls both backboards.' She was captain of her Meriden High School basketball team, played softball for the International Silver Company and played semi-professional basketball for the Meriden White Caps. She was an avid Boston Red Sox fan and Uconn basketball fan. She was a longtime member of South Meriden Trinity United Methodist Church. Evelyn enjoyed gardening, was an excellent cook and loved hosting parties for family and friends. She spent many happy summers camping with her family at Hammonassett State Park. She will be dearly missed by everyone who knew her. She is survived by her two sons, Jeffrey W. Rice and his wife, Rosalie, and Robert E. Rice of Meriden. She also leaves two grandsons, Matthew J. Rice and Austin M. W. Rice; a brother, Robert Westfort; a step-granddaughter, Carrie A. Bafuma and several nieces and nephews. In addition, she leaves special friends, Phyllis DeGuzis and Linda Dittmer, her lifelong friend of 65 years. She was predeceased by her husband; two sisters, Helen DeBisschop and Ruth Greiner and a brother, Howard Westfort. Funeral services will be held at 10 a.m., Monday, Nov. 26, from the Beecher and Bennett Flatow Funeral Home, 48 Cook Ave., Meriden, and at 11 a.m. at the South Meriden Trinity United Methodist Church, 145 Main Street, So. Meriden, CT. The Rev. Susan DeSousa will officiate. Burial will follow in East Cemetery. Relatives and friends may call at the funeral home on Sunday from 4 to 7 p.m. In lieu of flowers, contributions may be made to the Memorial Fund of South Meriden Trinity United Methodist Church.