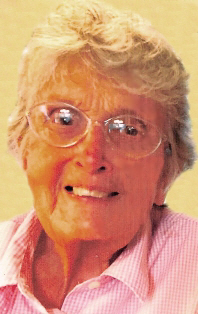 Faye Keller Clarke, age 86, died at home in the arms of her loving husband Mike Clarke on February 20, 2021. Faye and Mike were married for over 64 years. Faye was the daughter to the late Arthur and Helen Keller. She was predeceased by her sister Helene Humphries and brother Arthur Keller. She is survived by her seven loving children, four from the marriage, three adopted; twelve much loved grandchildren; and one much loved great-grandchild: Her daughter Cathy and her husband David Dutkowski and their children Danial and Cayla; David and his wife Adrienne and their children Nerissa and husband Farhat, who much to the delight of Faye announced they are expecting, and Maxwell and wife Laura and daughter Genevieve; Paul and his wife Anne and their children Chris and Caitlin; Karen and her husband John Conlin and their children Thea, Owen, and Della; Cam and her husband Louis King and their child Jennifer; Fred Clarke; and Curtis Clarke and his child Coral. In addition, she was a loving Foster Mom to over 50 children in need of a temporary home.

Faye was a 1956 graduate of Russell Sage College in Troy, NY with a B.S. in Nursing. She started her career at Grace New Haven Hospital as the Charge Nurse of the Rooming In section of the Obstetrics Floor. Part of her responsibilities was teaching nursing students how to teach the parents in rooming how to take care of their baby. She loved that aspect of her job. She resigned that position to start a family and Cathy was born in July 1957. Over the years she worked at various nursing jobs, all arranged so she could be there for her family; including part-time work in Nursing Homes, filling in for school nurses, summer camp nursing, and VNA nursing. She loved to teach about nursing and did so, instructing pre-nursing students at the high school and nursing students at the Hospital.

Throughout her life Faye was always involved in community volunteer activities. In 1978, the American Mothers Committee of Connecticut, part of a nationwide group,   designated Faye Mother of The Year for her motherhood and community efforts. This elicited an Official Statement from Governor Grasso honoring Faye for her accomplishments. When her children were in school, she became active in the PTA, serving as president of Center School PTA and was later elected to President of PTA Council for North Haven. As a Democrat, she became a member of the Democrat Town Committee for the rest of her life. Later, ran for and won a seat on the Board of Education for two terms. Subsequently, she ran for First Selectman and State Representative, and ended up as Third Selectman for two years. Faye was always active as a member of the Methodist church, first in North Haven and later at First and Summerfield United Methodist in New Haven. Active as a Girl Scouts leader, she taught Red Cross first aid to Girl Scouts in North Haven. She grew interested in volunteering for the Red Cross and became a disaster nurse, requiring her to attend a number of both local and travel disasters on the east coast, where she assisted with setting up shelters and providing medical care to victims. She was also a coordinator for programs like Friendly Town. Faye was always just a phone call away from anyone in need of a listening ear, offering support and advice and willing to place a phone call to someone else who could help. She was a fighter for justice and equality all her life. Her family will always remember the gift of time we had during the frequent trips she and Mike made to each of our homes, providing love and support.

A Memorial Service celebrating Faye’s life will be held at a later date. BEECHER & BENNETT FUNERAL HOME, 2300 Whitney Avenue, Hamden is in care of arrangements. In lieu of flowers, donations in Faye’s memory may be made to a charity of one’s choice.