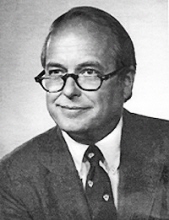 Fenno Follansbee Heath Jr., 81, beloved husband and father, passed away peacefully December 5, 2008 at his home in Hamden, CT following a long illness. He was born in Hampton, Va. on December 30, 1926 to the late Fenno F. and Dorothy Jones Heath. Prof. Heath was the Director of the Yale Glee Club from 1953-1992, a longtime conductor of the Litchfield County Choral Union and of the University Glee Club of New Haven, CT. Widely respected as a composer, teacher and choral conductor, Prof. Heath was a mentor to generations of young singers, and was active as a composer, guest lecturer and conductor long into his retirement years. Raised in Hampton, Virginia, he graduated from Newport News High School and attended Loomis School before entering Yale University. His college career was interrupted by service in the U.S. Army during WWII. He graduated from Yale with the Class of 1950 during which he conducted the Apollo Glee Club and sang with the Yale Glee Club, the Spizzwinks and the Whiffenpoofs. At the Yale School of Music he received his Mus.B. in 1951 and Mus.M. in 1952 as a student of Quincy Porter and Paul Hindemith. He remained at Yale to pursue a lifetime in music, eventually becoming the first Marshall Bartholomew Professor of Choral Conducting. Through the many tours he led nationally and worldwide he helped to bring international recognition to the Yale Glee Club. Yale?s new Alumni Chorus (YAC) is a direct outgrowth of Mr. Heath?s success in creating a life-long love of song in his former singers. Over the years, he has received numerous commissions for choral compositions and has received many awards including the Yale Medal, the Sanford Medal, The Yale Glee Club Medal, the University Glee Club of New York City Medal, the Mory?s Cup, and the Vernon Prize for composition. Among his works are the score for the play ?John Brown?s Body?, a Mass for Chorus with Brass, and collections of choral arrangements of traditional spirituals. Major works were written for four Presidents of Yale. Texts were chosen by each President and set to music by Fenno Heath. They were sung by the Yale Glee Club at the inaugurations of Presidents Kingman Brewster, A. Bartlett Giamatti, Benno Schmidt and Richard Levin. He is survived by his wife, Carol Quimby Heath of Hamden, CT, his children and extended family: Sarah Heath and Franz Douskey of Hamden, CT, Lucy (Heath) and Robert McLellan of Lebanon, NH, Marguerite Heath Ogilvy and Daniel Hertzler of Windsor, VT, and Fenno F. and Paris Heath III of Woodbridge, CT, and six grandchildren: Heather, Sedgwick and Benjamin Ogilvy, Max Heath, and Quinby and Eliza McLellan. Memorial Service Saturday, March 28, 2009 at 3:00 PM at The Battell Chapel at Yale University, corner of College and Elm Streets, New Haven, CT. Arrangements in care of BEECHER & BENNETT, 2300 Whitney Ave., Hamden. Contributions in memory of Fenno may be sent to the North Congregational Church, P.O. Box 307, New Hartford, CT 06057.