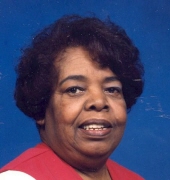 MERIDEN - Florence Etta Felton, 78, of 55 Willow Street, died Tuesday, April 10, 2007 at MidState Medical Center. Born in Circleville, Ohio on May 22, 1928, she was the daughter of the late Roy and Alice Johnson Smith. Prior to her retirement she had been employed as a certified nurses aide at Skyview Convalescent Home in Wallingford. She is survived by two daughters, Alice Unita Felton of Meriden and Lisa Ann Blue of Columbus, Ohio; three sons, Jack I. Smith, Anthony R. Felton and Timothy B. Blue, all of Meriden; eight grandchildren, Jeremy Smith and his wife, Gracie, Alexandria Felton, Rasheen Felton, Jeannine Willie and her husband Brian, Kaikhita Freeman, Brian Blue, and Lamar Blue, all of Meriden and Charles Blue of Columbus, OH; nine great-grandchildren, Danze Christopher Taylor, Lauren Willie and Leah Willie, all of Enfield, Imani Florence Etta Felton, Elijah and Isiah Felton, all of Meriden, Bryce Willie of Enfield, Thomas Nacidis and Zaire Felton, both of Meriden; a sister, Catherine Holmes of Columbus, OH and several nieces and nephews. She was predeceased by two sisters, Leota Thomas and Emma Wooten and two brothers, Charles Smith and Leroy Smith. A memorial service will be held Monday, April 16th at 7:00 P.M. at the Beecher & Bennett/Flatow Funeral Home, 48 Cook Ave., Meriden. The Rev. Edward Sherman will officiate. Relatives and friends may call at the funeral home from 6:00 to 9:00 PM. Burial will be at the convenience of the family.