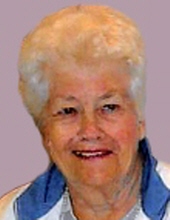 Florence McKeon-Anderson, 93, of Hamden, passed away on May 2, 2020 at Montowese Health & Rehab Center in North Haven. She was born in the Bronx, NY on December 20, 1926, a daughter of the late Walter and Hanna Nielson Swanson. She is survived by her daughters, Patricia Hoffmann and her husband Warren of Cranford, NJ and Annie McKeon of Hamden, a niece and two nephews. She is predeceased by her first husband John McKeon, who passed away in 1967, second husband Harold Anderson, who passed away in 2001, her sister Vilma Hague, and brother-in-law Charles Hague. After graduating from Danbury High School, Florence went on to work for the New York-New Haven Railroad. She then went on to work as Manager of the bookstore at Albertus Magnus College for over 30 years until her retirement. She was a long time and devoted member of Evangelical Covenant Church in New Haven for over 70 years, having played the organ for a large portion of that time. In her free time she enjoyed traveling to the city for Broadway shows and watching her favorite team, the New York Yankees, for which she had the opportunity to attend World Series games in the 1950s and 1990s.
A graveside service will be held on Thursday, May 7th at 11 a.m. in Beaverdale Memorial Park, Hamden. A memorial service celebrating Florence’s life will be held at a later date. Memorial contributions in her name may be made to Evangelical Covenant Church, 590 Orange St., New Haven, CT 06511. 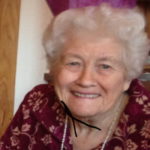