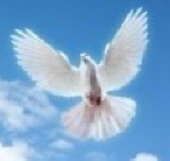 Frances Erickson Connelly, the widow of Robert Connelly, died at Whitney Manor in Hamden on November 10, 2015 after a long illness. She was born in New Haven on August 2, 1935, a daughter of the late Einar and Frances (Wiese) Erickson. She was a graduate of Hamden High School and retired from the New Haven Savings Bank. Frances is survived by a brother, Gunnar (Sandra) Erickson of Port Orange, FL, and a sister Evelene (Carl) Marquardt of Woodland Park, CO. She is also survived by a brother-in-law, Charles Starbranch of Norfolk, VA, and by a host of cousins, nieces, and nephews across the United States and Sweden. She was predeceased by a sister and brother-in-law, Mathilda and Paul Simmons, and a sister, Ellen Starbranch. A graveside Memorial Service will be held Monday, November 16, 2015 at 11:00 AM at Centerville Cemetery on Washington Avenue in Hamden. Arrangements in care of Beecher & Bennett Funeral Home, 2300 Whitney Ave., Hamden. In lieu of flowers please make donations in memory of Frances to your favorite charity.