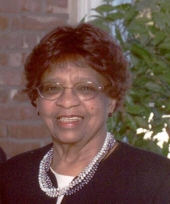 Mrs. Frances Scott Best Frances Best, 82, wife of the late Johnnie E. Best, Sr. suddenly passed away in Riverdale, GA on Tuesday, November 20, 2007. Frances was born on June 26, 1925 in Homestead, PA to the late Charles and Margaret Scott. She worked at the United States Post Office in New Haven as a postal clerk for twenty seven years. She was a long time member of the Immanuel Missionary Baptist Church, where she served as a member of the Usher Board and flower club. She also served on the fashion show and harvest bazaar committees. She was a part time employee at the New Haven Public Library and she was a volunteer at the Read Aloud Program. She was a member of the 'Red Hat Society'. Frances is survived by her daughter Joan Spence, a son Johnnie Best, Jr. both of Hamden, and a son Curtis Lee Best of New Haven. Also survived by her sister Agnes Farrar of Hamden, 5 grandchildren, 5 great-grandchildren and a special friend Frank Prete. She was predeceased by 1 grandchild. Funeral service will be held on Tuesday, November 27 at 11 a.m. from Immanuel Missionary Baptist Church, 1324 Chapel St., New Haven. Friends may call on Tuesday from 9 a.m. to 11 a.m. at the church before the service begins. BEECHER & BENNETT, 2300 WHITNEY AVE., HAMDEN is entrusted with arrangements.