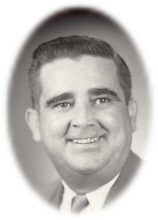 Francis Fabian Walsh, 80, of Centerbrook Rd., beloved husband of 49 years to Glenna "Pat" McDavid Walsh, passed away on July 10, 2007. He was born in Amesbury, MA on Sept. 7, 1926 to the late Michael and Julia Gately Walsh. Frank retired as a Chief Petty Officer from the Navy in 1966 after 23 years of service and served during WWII, Korean Conflict, and Vietnam. After retiring from the service Frank worked for Travelers Insurance Co. as Senior Inspector from 1966 through his retirement in 1991. During that time he had been a state licensed boiler inspector and also a national board boiler inspector. He was as active member of the American Legion Post #88, a member of the BPOE #25, and a member of Fleet Reserve Association. Frank and his wife have lived in Hamden for 40 years and in 1994 purchased a home in Hollywood, FL. Since then they have split their time between their two homes. Besides sitting down with a good book, Frank enjoyed people. He was a friend to everyone, "no one was a stranger". Also survived by brothers, Robert Walsh and his wife, Ethel of Wallingford and John Walsh of Portsmouth, NH. He was predeceased by sisters, Mary Evelyn Lee, Catherine Walsh, and a brother, Thomas Donald Walsh. Friends are invited to visit with the family on Thursday, July 12th from 5-7:30 p.m. followed by a Funeral Service at 7:30 at BEECHER & BENNETT, 2300 Whitney Ave., Hamden. American Legion Post # 88 service at 5:30 p.m.