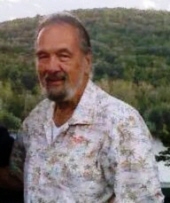 Frank 'Buddy' Hromadka, 75, of Hamden, passed away at CT Hospice on November 6, 2015. Born November 22, 1939 in New Haven to the late Frank and Katherine Marchitto Hromadka. Husband of the late Janet Seely Hromadka. Buddy is survived by his children, Jennifer Hromadka of New Haven, James (Katherine) Hromadka of Hamden, Michael (Jill) Hromadka of Clinton, Erik 'Ricky' (Lisa) Hromadka of Simi Valley, CA and David Hromadka of Lakeland, FL; grandchildren, Ryan, Rachel, Dylan, Hannah, James, Luke, Layla, and Kylah Hromadka; and his companion, Elizabeth Luena of East Hampton. Buddy was the third generation owner and operator of H&H Radiator & Auto Body Shop in Hamden. He was a member of the Hamden Fish & Game and former member of the Hamden Elks and the Knights of Columbus. He was also a founding member of the Hamden Wine Club. He was a supportive father and grandfather and will be missed by all who knew him. Friends are invited to visit with his family on Tuesday, November 10th from 5:00 to 8:00 p.m. at BEECHER & BENNETT, 2300 Whitney Ave, Hamden. A Funeral Service celebrating Buddy's life will take place on Wednesday at 10:00 a.m. in the funeral home, followed by a burial in All Saints Cemetery.