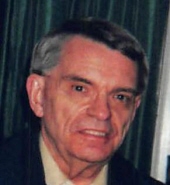 Frank E. Taylor, age 79, of 625 Orange Street, New Haven, passed away at his home on November 29, 2015. Frank was born in Meriden on June 7, 1936, the son of the late Francis T. Taylor & Ida Mary Shortell Taylor. Growing up in Wallingford he attended Holy Trinity Grammar School, was a graduate of Lyman Hall High School and attended college in Springfield, MA. Frank is survived by his partner of over 57 years, Thomas G. Gianfriddo with whom he resided and his cousin Steve Riggott of Wallingford. He was predeceased by cousins, Jean O'Connell Dennis and Elaine O'Connell Riggott. Frank was employed by the Frank E. Campbell & the Walter B. Cooke Funeral Homes in NYC. Returning to Connecticut he was employed for over 35 years at Beecher & Bennett Funeral Homes until his recent illness. Friends may visit at BEECHER & BENNETT FUNERAL HOME, 2300 Whitney Ave, Hamden on Friday, December 4th from 8:30 to 9:30 AM. His funeral will leave the funeral home at 9:30 AM for his Mass of Christian Burial which will be celebrated at 10:00 AM in St. Stanislaus Church, State Street, New Haven. Burial will follow in All Saints Cemetery, North Haven.