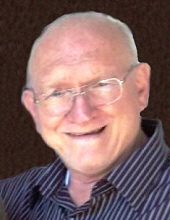 Frank J. Struzinsky, Sr., age 74, of Hamden, passed away on March 16, 2018. Born in St. Clair, Pennsylvania, he was a son of the late Joseph Sr. & Eleanor Struzinsky. A resident of Hamden since 1965, he was a retired postal carrier for the Wallingford Post Office. As a lover of food, Frank never turned down a lobster roll from Jimmie’s or an internet recipe. He was always willing to lend a hand to help others. Every day he kept his five cats loved on and fed. Prior to Hamden Frank resided in Pennsylvania, and then served 4 years in the U.S. Air Force. He is survived by his wife, Susan Hanna Struzinsky; his son F. James Struzinsky, Jr. & his wife Mary of Roanoke, VA, and his granddaughters Aimee, Nicole, & Zoe Struzinsky. He was predeceased by his brother Joseph Struzinsky, Jr. His Funeral Service will be held on Monday, March 19th at 3:00 PM at BEECHER & BENNETT FUNERAL HOME, 2300 Whitney Ave., Hamden. From 2:00 PM, prior to his service, friends may also visit with his family at the funeral home. Burial with Military Honors will follow in St. Mary's Cemetery, Hamden.