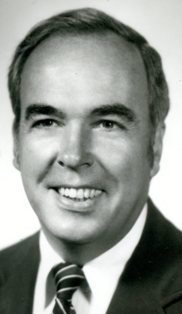 Frank Patrick Gillon of Hamden, CT passed away peacefully on Wednesday, September 15, 2021, with his beloved wife Mary Ellen by his side.
Born in New Haven, CT in 1939, Frank was the oldest son of Grace and Frank Gillon, Sr. A lifelong resident of Connecticut, Frank graduated from Roger Ludlowe High School in Fairfield before earning a Bachelor of Science in Civil Engineering from Yale University in 1960. He enjoyed a long career in commercial construction, initially joining M.W. Kellogg before returning to New Haven to assume ownership of J.H. Hogan Construction and then founding KCK Construction, Inc. His Connecticut legacy includes the First Presbyterian Church, Blake Field Skating Rink and the City Hall renovations in New Haven, St. Mary’s Church in Branford, the Central Fire Headquarters in Wallingford, the Northern Branch YMCA in Hamden, and many others. He was active in the Association of General Contractors, serving on national committees and as President of the Connecticut chapter, and also was a trustee of the Connecticut Laborers’ Pension Fund.
Frank was an avid reader, especially in his professional passion of engineering and construction. A dedicated Yale Bulldogs fan, he tailgated at countless football games and appreciated University and community cultural events. He loved giving tours of the campus, always pointing out the Class of ‘60 bench that he installed on the Old Campus. Covering all his bases, he completed one of the first Harvard executive education courses, but still cheered for Yale even in Harvard Stadium.
He was a consummate entertainer of family and friends, hosting a packed house every Thanksgiving with dinner for anyone around and available. A wonderful role model and advocate for his children, DSD (Dad Sweet Dad) supported, guided and helped share in their successes throughout the years. He also taught them the fine art of bending rules almost, but not quite, to the breaking point. Ask any of them for examples. He was a grandfather like no other, and loved spending time with his grandchildren. He took part in their activities and accomplishments even from a distance. They returned his love and will never forget their adventures and fun-filled days and nights at Camp Grampy. His daughters usually had to fight to get their children back. Together with Mary Ellen, Frank travelled across the country and throughout the world with Bermuda as their most frequent and cherished destination for beaches, fine food, golf tournaments, and riding mopeds through hotel hallways. Multiple trips to Niagara Falls, San Francisco, and Paris included various grandchildren.
Frank was preceded in death by his parents and his brother Bob. He is survived by his wife Mary Ellen Coppinger Gillon, brother Tom, daughters Kathy Stanley, Cindy Holthouse, and Karen McPadden, son Frank (Melissa) Gillon, and nine grandchildren.
Calling hours for Frank will be held Sunday, September 26th from 10:00 AM to 12:00 PM at Beecher and Bennett Funeral Home, 2300 Whitney Avenue, Hamden. A Prayer Service will be held during this time at 11:45 AM. A private burial is planned.