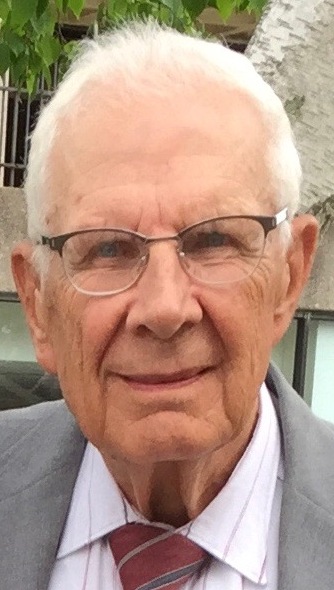 Fred H. Kallert, 92, of Hamden passed away peacefully at Benchmark Senior Living on July 3, 2020.  He was the devoted and loving husband of Phyllis (Gamache) Kallert for 61 years.  Fred was born in New Haven on May 8, 1928, son of the late Gottfried and Martha (Saddig) Kallert.  He served honorably in the US Army Military Police for two years during the Korean War, serving in Germany.  Fred worked as a compositor/printer for the New Haven Register for 38 years until his retirement.

Along with his wife Phyllis, Fred is survived by his children; Susan Kerrigan and her husband John Kerrigan, M.D. (Bainbridge Island, WA), Kathryn Caliendo (Hamden, CT), and Paul Kallert and his wife Deborah Kallert (Branford, CT). Beloved grandfather of Haley, Katrina, and Faith Kerrigan, Carly and Doug Caliendo, and Ryan and Olivia Kallert.  He was predeceased by his son-in-law Lou Caliendo.

Fred was a lifelong Lutheran and active member of Trinity Lutheran Church, New Haven (where he met his wife), and later a member of Christ Lutheran Church, Hamden.  He was a well known sports fan and many will miss his enthusiastic rehashing of any game.  He loved playing baseball and basketball as a child.  He traveled many miles to watch his grandchildren’s sporting events, whether it was soccer, swimming, rowing, baseball, or hockey.  He was a very proud father and grandfather and always loved talking about the accomplishments of his children and grandchildren.  He enjoyed sharing fond and humorous stories of his times with lifelong friends.

Fred graduated from Hillhouse High School in 1946 and then the Junior College of Commerce (JCC) in 1948, forerunner of Quinnipiac University. He played the saxophone and clarinet in his high school band and also played tennis. Traveling the country by car was one of his greatest passions, camping along the way. He sought out many local sports stadiums no matter what season it was.  He was an avid reader of many books and several newspapers. He will be missed.

A graveside committal service will take place in Evergreen Cemetery at a later date.  Beecher & Bennett Funeral Home, Hamden is assisting with the arrangements.