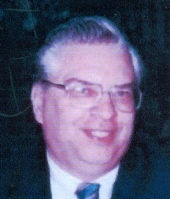 Fred R. Botte, 62, of Orange, passed away Friday, June 13, 2008 at Ct. Hospice, Branford after a long illness. He was the beloved husband of Rosann Perrotti Botte. He was born in New Haven, September 11, 1945 he was the son of the late Fredinand and Stefana Wiatrowski Botte. He is survived by a son, Kevin Botte of Ellington, CT, a sister Joan Hallock of Cheshire and a brother Thomas Botte of Shelton and his loving mother-in-law, Rita Perrotti of Woodbridge. He was predeceased by a sister Mary Bethke. Mr. Botte was an electrical engineer for the Northrop Grumman Co., of Norwalk for the past 42 years. He was a graduate of West Haven High School and attended the CT School of Electronics in New Haven for two years and was a graduate of the University of New Haven with a Bachelors Degree in Electrical Engineering and received his Master's Degree in Computer Science. Mr. Botte was a parishioner of Holy Infant Church and a resident of Orange for the past 23 years. Funeral from BEECHER & BENNETT- TAYLOR FUNERAL HOME, 410 Campbell Ave., West Haven, Wednesday June 18 , 2008 at 9:30. A Mass of Christian Burial will be celebrated in Holy Infant Church, 450Racebrook Rd., Orange, at 10 a.m. Interment will be in Mt. St. Peter's Cemetery, Derby. Friends may call at the funeral home Tuesday from 5-8 p.m. Contributions in memory of Mr. Botte may be made to CT Hospice, 100 Double Beach Rd., Branford, CT 06405.