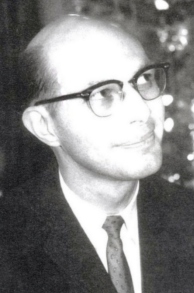 Frederick A. Schmidt, 95, of Meriden, CT passed away on Sunday, November 20, 2022, just short of his 96th birthday.
Fred was born in Meriden, the beloved son of the late Arthur O. and Ida (Nevin) Schmidt. He is survived by his wife Joan (Hetzel) Schmidt, his daughter Anne (Schmidt) Danaher and her husband Kenan, and his son John Schmidt and his wife Jodie (Vosgien) Schmidt, and their three children; Emily, Maxim, and Connor Schmidt. He is also survived by extended family, caregivers, friends, and members of his beloved church, for whom his family is grateful.
Fred was a UCONN graduate, and entered the Army in 1945 after serving in the Civil Air Patrol in South Meriden as a teenager. He was honorably discharged after serving our country in Japan. Visiting Japan was one of the highlights of his life, along with camping trips with his family on Cape Cod.
Fred was very involved in his school, his church, and his community, and was successfully self-employed as an insurance agent for over 50 years. He served as President of his fraternity, was a volunteer South Meriden firefighter, Sunday School Superintendent and a Deacon at St. John Lutheran Church, and a Somer Club President. Fred was attended by Rev. MacDonald in his final hours.
Funeral arrangements and burial will be private, and are in care of Beecher & Bennett – Flatow Funeral Home, 48 Cook Avenue, Meriden. Donations in Fred’s honor can be made to St. John Lutheran Church, 520 Paddock Avenue, Meriden, CT 06450.