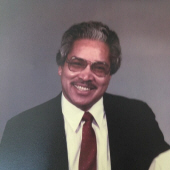 Meriden-Frederick J. Timm, Sr. 91, husband of 70 years to Phyllis M. Washington Timm of Shore Drive passed away June 20, 2016 after a brief illness. He was born in Fair Haven, MA a son of the late John A. and Edna Laiscell Timm and had resided in Meriden for many years. He proudly served in the US Army during WW II in the European Theater. He was employed at the Charles Parker Co of Meriden, and was a clerk in the US Post Office from 1955-1987, and then he worked for the State of CT as a material stroage manager, Centrtal CT Regional Center, for 10 years and later was employed witrh Shades of Green Florist for 10 years. Mr. Timm was a long time member of the First United Methodist Church of Meriden. In addition to his wife he is survived by his 6 children, Elaine James of Portland, CT, Fred Timm, Jr. of Southington, CT, John A. (Marybeth) Timm of Bristol, CT, Charlotte (Joesph) Begnal of Ft. Worth TX, Jessie (Donna) Timm of Meriden, CT, Madeline Timm of Ft. Worth, TX. He is also survived by a sister Ellen Fenner of Springfield, NJ, 12 grandchildren, 4 great grandchildren as well as many nieces and nephews. Mr. Timm was predeceased by a daughter Marion Timm, and sisters, Alice Barboza, Dorothy Taber and Marjorie Betters. He was also predeceased by brothers Thomas, Robert, Henry Timm, John 'Jack' and, Lester Laiscell. Funeral service will be held Saturday June 25, at 9:30am in the First United Methodist Church 159 East Main St. Meriden, everyone is asked to meet directly at the church. Interment with Military honors will follow at Walnut Grove Cemetery, Meriden. Friends may visit with his family Friday June 24 at the Beecher & Bennett Flatow Funeral Home 48 Cook Ave from 5-8 pm. For information or to send a condolence please see obituary @www.beecherandbennett.com.