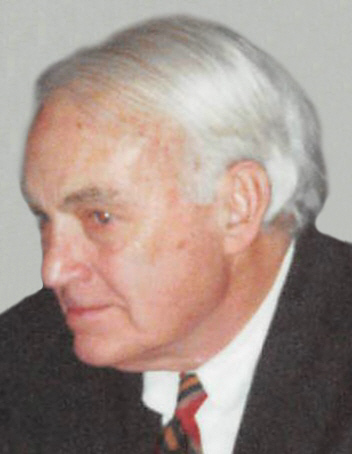 Frederick Wilcox Danforth, Jr. died peacefully in his home, surrounded by his family in North Haven, Connecticut on June 13,2021. He was 92. Fred was born in Buffalo, New York, the son of Frederick Wilcox Danforth and Laura Ogden Warner. In 1946, Fred graduated from Nichols School in Buffalo, where he was voted Most Popular, Best Natured, Wittiest and Most Influential. In 1950, he graduated from Princeton University with a Bachelor’s degree in Economics, played varsity hockey and was President of the Cottage Club. After Princeton, he enlisted in the United States Naval Reserve and received his Bachelor and Masters of Law from Cornell and New York Universities respectively. He began his law career in 1954 with a prestigious law firm in Buffalo after which he became Assistant U.S. Attorney, W.D.N.Y. and later a member of the U.S Department of Justice (Tax Division) in Washington D.C. Fred always had an interest in teaching and in 1961, he accepted a position as Professor of Law at American University. He became known for his lecturing style, good sense of humor, great storytelling and easy accessibility for students. He was very well respected and continued teaching until 1972 as a visiting lecturer at the Yale School of Law. In 1964, he became the Executive Director of The New Haven Legal Assistance Association. He was instrumental in the establishment of law offices in the inner city neighborhoods to provide for those in need. In 1978, he became Deputy Corporation Counsel, Head of Litigation for the City of New Haven after which he became Head and Senior Partner of the Hartford and New Haven law offices of The Travelers Insurance Company, where he specialized in civil litigation. In 2000, Fred was honored by the Connecticut Defense Lawyers Association with its Annual Award. He served as a member of the Board of Police Commissions in New Haven and chaired its public hearings on illegal wiretapping. He was active as a member and chair of the State Bar committees on the reduction and delay in civil litigation, civil justice and professional ethics. He chaired the Advisory Committee on Legal Services to the Connecticut Welfare Commission and served as Editor of the Connecticut Bar Journal. His publications include, “Court Delay in Civil Litigation,” “Argentine Penal Code,” and “Criminal Procedure.” He studied the courts and law practices under the United Nations Fellowship in London, Copenhagen and Belgrade, and consulted on the development of legal services in numerous states for the Federal Office of Economic Opportunity. In 2000, he was appointed by the President of the World Bank as a consultant on legal services. Fred was known for his values of hard work, generosity, humility, fairness, strength and calmness in a crisis, and a deep concern for others. He was a man who adored his family and was a wonderful husband, father and grandfather. His passions were also evident in his love for tennis and squash, which he played frequently at the New Haven Lawn Club, a place he loved and where he later served as President. He enjoyed discussing politics, current events and sports, particularly the statistics of his favorite teams: the Cleveland Indians, Buffalo Sabres and Buffalo Bills. Of all his hobbies, it was sailing that consumed him the most. He raced on Lake Erie and Long Island Sound, and spent many pleasurable times on the water with family and friends.
Fred is survived by his wife of 59 years, Susan, their three children: Francesca Gurney Danforth, Edward Wilcox Danforth (wife Christine), and Mark Ramsdell Danforth (wife Pallavi), and six grandchildren: Carey, Scott, Kevin, Jack, Teddy and Alleigh. Fred will be buried in a private ceremony in Buffalo, N.Y. Donations may be made in his memory to the New Haven Legal Assistance Association, 205 Orange St., New Haven, CT 06510 or to Masonicare Home Health and Hospice, 97 Barnes Rd. Suite 4, Wallingford, CT 06492. Arrangements were in care of Beecher & Bennett Funeral Home, Hamden.