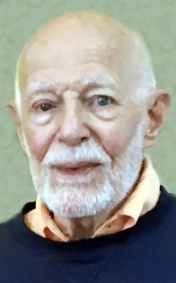 Frederick William Nanamaker, Jr., 93, passed away peacefully at home on September 19, 2022. Beloved husband of 59 years to the late Anna Kristine Cote Nanamaker, they were known as an inseparable couple, with unwavering devotion to loving each other, their family and their friends. Fred was born in West Haven on March 22, 1929, son of the late Frederick W. and Mildred Cole Nanamaker, Sr., whom he loved and respected deeply. He graduated from West Haven High School and joined the 34th General Hospital Unit of the Army during the Korean War. He was stationed at Landstuhl Army Medical Center in Germany. Fred eventually took over the innovative appliance store his father founded in 1923, Nanamaker’s: Everybody’s Radio and Fix-It Shop, which survived The Great Depression and World War II and became New Haven’s television headquarters. Fred thrived in the appliance business for several decades. He went into work everyday with a smile and a suit & tie, and became a great friend to many customers and colleagues in the greater New Haven area. Together with his wife Anna, he resided in Branford, CT for 45 years before moving to Orange, CT and then to Masonicare in Wallingford in 2012. The couple traveled across the world and enjoyed many scenic drives throughout the United States, their favorite spots being New England in the fall and Germany. They raised three sons of whom they were very proud, Frederick W. Nanamaker III and his wife Ann of Findlay, OH, David S. Nanamaker and wife Maria of Guilford, CT, and Paul R. Nanamaker and wife Lisa of North Branford, CT. He cherished time with his four grandchildren; Benjamin, Bethany, Joseph, and Emma, and loved becoming a great-grandfather to Jay Harper and Sendak Davey. He was predeceased by his older sisters Doris Chamberlain and Alda Cote, and is also survived by several nieces and nephews. Fred loved summertime at the pool or beach with his children and grandchildren. His laughter filled holiday gatherings and he rarely missed his 5 o’clock Manhattan cocktail and a bowl of Goldfish. Fred was also a lifelong Red Sox fan, an avid gardener, and an ice cream lover, with a special affinity for petting dogs and waving to smiling babies. For the past 9 years, he enjoyed Sunday afternoons in Guilford and he missed his wife more than anything. He was a member of Annawon Masonic Lodge #115 of West Haven for over 75 years.
A Graveside Service with full Military Honors will be held on Saturday, September 24th at 10:30 AM to celebrate Fred’s life, where he and his late wife will be interred together at Beaverdale Memorial Park Cemetery, Section G, 90 Pine Rock Ave., New Haven, CT 06515. Memorial Contributions in Fred’s memory may be made to the Annawon Lodge Memorial Fund, P. O. Box 9, West Haven, CT 06516. Arrangements in care of BEECHER & BENNETT 2300 Whitney Ave. Hamden.