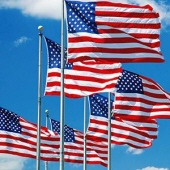 Frederick W. Neumann, age 94, widower of Ethel Anderberg Neumann, passed away in Madison, CT on February 5, 2014. Born in New Haven, CT on February 13, 1919, he was the son of the late Frederick A. and Anna Johnson Neumann. He graduated from Yale in 1941, and served in the Air Force for four years during WWII. He retired from SNET, now AT&T, in 1991. Upon retirement, he worked as a volunteer teacher's aide at Academy Elementary School in Madison for over fifteen years. He was a lifelong member of Bethesda Lutheran Church, active in all areas of church life, including singing in the choir for over 75 years and actively supporting the Music Ministry of Bethesda. Survivors include daughter Cynthia E. Neumann (James Nash) of Mill Valley, CA, a son, Lance A. Neumann (Deborah) of Lexington, MA, a grandson, Daniel Neumann (Anne) of Falls Church, VA, granddaughter, Elizabeth Neumann of Washington D.C., a great-granddaughter Hannah Neumann, and a sister Dorothy N. Soderlind of Massachusetts. He was predeceased by a son, Frederick W. Neumann II, a brother, Charles W. Neumann, and a sister, Emilie N. Hansen. A memorial service will be held at Bethesda Lutheran Church, 305 St. Ronan St., New Haven, CT on Tuesday, February 11th at 2:00 PM. Arrangements are in the care of BEECHER & BENNETT FUNERAL HOME, 2300 Whitney Ave., Hamden. In lieu of flowers, contributions in his memory may be made to the Neumann Memorial Music Fund, Bethesda Lutheran Church, 305 St. Ronan St. New Haven, CT 06511.