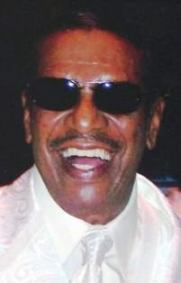 Fredericke Lee Parris, 85, of Hamden, beloved husband of Emma Holmes Parris, passed away on January 13, 2022 after a brief illness. Born in Milford, CT, he was the son of the late Ferdinando and Edna Parris. He was the founder and leader of The 5 Satins, known for the immortal classic “In the Still of the Night (I’ll Remember).” Fred was a 1986 Grammy Award Nominee and inducted into the 1998 Rhythm and Blues Hall of Fame. Fred was also a lifetime member of SAG/AFTRA and the Academy of Country Music, and a Jazz Haven honoree. He proudly served in the US Army from 1955-1957 and was a lifelong member of St. Luke’s Episcopal Church in New Haven.
In addition to his wife, he is survived by three children; Shawn (Lydia), Rene (Yvon), and Fred (Andrea), a stepdaughter; Evonne Johnson, eight grandchildren, and a host of nieces and nephews. He was predeceased by sisters Marjorie Fowler and Elizabeth Wentt.
A private service of remembrance will be held by his family. In lieu of flowers, memorial contributions in his name may be made to a middle/high school music program of your choosing. Arrangements in care of Beecher & Bennett Funeral Home, 2300 Whitney Ave., Hamden.