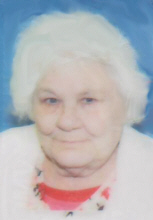 Gail Lynn Akey, 77, of Naugatuck passed away Thursday, April 28, 2016 at St. Mary's Hospital in Waterbury. She was the beloved wife of the late Joseph Akey Jr. Gail was born in New Haven on January 1, 1939 to the late Robert P. and Gladys (Stamp) Schieb. She worked as a secretary for an insurance company until she became a homemaker. Gail most enjoyed the time spent with her family and friends, always willing to lend a hand to anyone that needed it. In her free time she loved working on jigsaw puzzles, especially those with the artwork of Thomas Kinkade. She was also a member of the Order of the Eastern Star. A loving mother, grandmother, great-grandmother and sister, Gail is survived by her son Jarrod & Deborah Akey; daughters Lynette Akey & Jamar Borrero, Michelle & Cecil Webbe, Nancy Akey, Kristen Akey & Jesus Torres, and Allan Brockenberry III; sisters Carol Carignan and Gladys Ward; 13 grandchildren and 13 great-grandchildren. She also leaves behind extended family members Donna Watkins, Ann Glass, Imani and Aaryn Pickett. Relatives and friends are invited to visit with Gail's family from 4:00 p.m. to 8:00 p.m. on Thursday, May 5, 2016 at BEECHER & BENNETT-TAYLOR FUNERAL HOME, 410 Campbell Ave., West Haven.