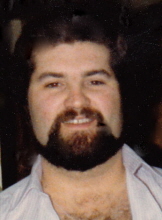 Gary F. Mongillo, 59, of North Haven, formerly of Hamden, passed away on Saturday, May 17, 2014 at the St. Raphael's campus of Yale New Haven Hospital after a brief illness. He was born in New Haven on March 7, 1955, the son of Gloria Davis Mongillo, of Hamden, and the late Ferdinand Mongillo. He was the beloved husband of 32 years to Eileen Wade Mongillo. In addition to his mother and his wife, Gary is survived by two loving daughters, Siobhan Marie Day and Maureen Catherine (Joseph J., III) Cruz, both of North Haven, a sister, Nadine Avellani-Mongillo, and a niece and goddaughter, Nicole Perrelli, both of East Haven, and 3 grandchildren, Ethan Alek Day, Audrey Lily Cruz, and McKenzie Elise Cruz. Gary had been employed at Stop & Shop in Hamden since 1987, working as a member of the store's night crew. He was an avid bowler, participating in the Stop & Shop league, a talented woodworker, and a diehard sports fan, especially of horseracing, the New York Yankees, and the Miami Dolphins. He was part owner of the Hamden Kennel Shop for over 30 years. He loved trips to the casinos and to the beaches at Misquamicut and Montauk, singing, and enjoying cigars and scotch, and he was also a local baseball coach. A Mass of Christian Burial will be celebrated in Blessed Sacrament Church, 321 Circular Ave., Hamden, CT at 10 AM on Thursday, May 22. Friends may visit with his family at BEECHER & BENNETT, 2300 Whitney Ave., Hamden on Wednesday from 5-8 PM. In lieu of flowers, contributions in Gary's memory may be made to the ARDS Foundation, 3330 Dundee Rd. Suite C4, Northbrook, IL, 60062 or given online at www.ardsusa.org.