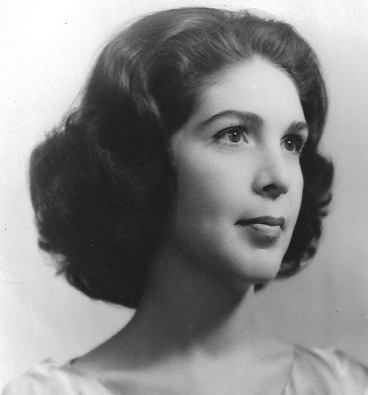 Gay Green Steinbach (neé Gay Webster Greenboam, later changed to Green) passed away at the Whitney Center in Hamden of complications from end-stage COPD on November 2, 2020 at age 87, where she had lived most happily for the last 8 years of her life among many of her oldest and dearest friends. A native of London, England, Gay graduated from the Irena School in Peseux, Neuchatel, Switzerland at age 17, where she learned French fluently. An accomplished world traveler, she was a jet setter before the term came into use! In 1956 she married the love of her life, Bernard A. “Bud” Steinbach, Jr. in New Haven. A long-time resident of North Haven, Scarsdale, NY, and New Orleans, LA, she lived a full and happy life, volunteering for Yale-New Haven Hospital both at the beginning of her marriage to Buddy, and after his death in 1996, until well into her 80’s. She was also a long-time volunteer at New York Hospital Psychiatric Division in White Plains, NY, honored for her length of service there when she and Buddy lived in Scarsdale. She especially loved her service on the Women’s Auxiliary Committee at Yale-New Haven Hospital for which she chaired the health committee arranging presentations by many Yale doctors on various health topics, which she did most brilliantly. She also volunteered for missions to Brazil for Operation Smile, a cause which she took up most enthusiastically. Beloved by her many friends and relations, she is survived by her only daughter, Laura Tracy Steinbach of Boca Raton, FL, her grandson, Drew Steward Steinbach of Plano, TX, and her granddaughter, Sarah Catherine Steinbach, also of Boca Raton, FL. She is pre-deceased by her parents, Mark Albert Green and Olga Mary Webster-Trussell Green, and her sister-in-law, Nancy Steinbach Mack. She also leaves her nephew, William “Bill” Mack (Deena), her nieces, Wendy Mack and Pam Mack Lewis (Mark), her beloved first cousins Michael Webster-Trussell (Chrisi), Penelope “Penny” Marks and Richard Green (Jennie), both of London, England, and their children and grandchildren. Very special to her were her long-time caregivers and close friends, Phyllis Daniels and Kim Watts. Gay was blessed with many wonderful close friends since arriving in the US in 1956 from London, England. Gay never lost her English accent and was adored for her quintessentially British ways by all! Indeed, our Queen has died. R.I.P.
Because of the SARS-COVID-19 Pandemic, no funeral will be held. Private burial arrangements are in care of BEECHER & BENNETT FUNERAL HOME, 2300 Whitney Avenue, Hamden. In memory of Gay, please make donations to the charity of your preference.