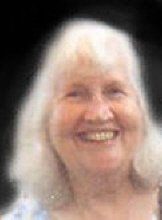 MERIDEN - Gene M. (Piatek) Kiely, 82, of Meriden, beloved wife of the late Joseph G. (Bud) Kiely, passed away peacefully with her loving family by her side, Saturday, February 22, following complications from heart surgery. Born May 7, 1931, to the late Andrew and Marion Piatek, Gene resided in Meriden her entire life, attending St. Stanislaus Elementary School and graduating from Meriden High School in 1949. During high school she worked at the Kresge's candy counter in downtown Meriden, where she and a friend coined 'The Kresge's Song.' In 1950, she and Bud were married soon after his honorable discharge from the U.S. Navy. Both Gene and Bud worked many years at New Departure Hyatt in Meriden (later in Bristol), where Bud tended the boilers and Gene ensured the quality of the company's bearings. Working different shifts during much of their tenure there, Gene and Bud raised and supported their 10 children through braces, college and weddings before retiring, respectively, in 1985 and 1987. Her pride in her children always graced her wrist, where she constantly wore her 'Baby Shoe Bracelet,' a charm bracelet that for each child held a silver shoe inscribed with his or her name and birth date. Gene and Bud thoroughly enjoyed their retirement as they made several cross-country trips with Triple-A book in hand, traveled abroad on the Concorde and the QE2, and visited frequently with family and friends. Even after Bud's passing, Gene continued to go on short trips around the state and renewed old acquaintances. Her children will remember her always as a true lover of people and their stories, and a truly devoted mother. Holidays were always happy and festive times at the Kiely household, particularly Christmas Eve, when Gene would entreat everyone to participate in the Oplatki Christmas tradition, sharing a blessing through the breaking and consuming of a large communal wafer. Gene's children enjoy many fond memories of day-long trips to surf the waves at Misquamicut and Sunday, back-yard cook-outs, among many other treasured events and excursions. She loved doing jigsaw puzzles, an occasional dab of Chanel No. 5, and watching Monk on TV. A parishioner of St. Mary Church, Gene was strong in her faith and grateful for the gifts bestowed upon her. Gene is survived by her 10 children and their spouses, Joseph (Buddy) Kiely, Jeanne Kiely and Drew Maciag, Judy Kiely and Philip Rieth, Diane and Kevin Mischke, Marianne (Mimi) and Ed Heath, Thomas and Candace Kiely, Nancy and Bill Bobskill, Kathy Kiely and Robert Perruccio, Robert and Melanie Kiely, Holly and Joe Ludemann; 19 grandchildren; 4 great grandchildren; several nieces and nephews; and sister-in-law Dorothy Piatek. Aside from her husband and parents, she was predeceased by her sisters, Jeanette and her husband Paul Yaworowski, and Mincia Piatek; brothers Adolf and his wife Nellie Piontek, and Joseph, Edward and Alfred Piatek. Relatives and friends are invited to attend a Mass of Christian Burial on Friday, Feb. 28, at 10:30 a.m. at St Mary Church, Church St., Meriden. Burial will follow at Walnut Grove Cemetery, Meriden. Calling hours are from 4 to 8 p.m., Thursday, Feb. 27, at Beecher and Bennett-Flatow Funeral Home, 48 Cook Ave., Meriden. In lieu of flowers, donations in memory of Mrs. Kiely may be made to CurePSP, www.psp.org ,an organization she supported in memory of her husband. Foundation for PSP, 30 E. Padonia Road, Suite 201, Timonium, MD 21093.